How the module includer works

Written by Ben Hubbard
Updated over a week ago

The module includer is a handy box which allows you to select which versions modules will be included in. 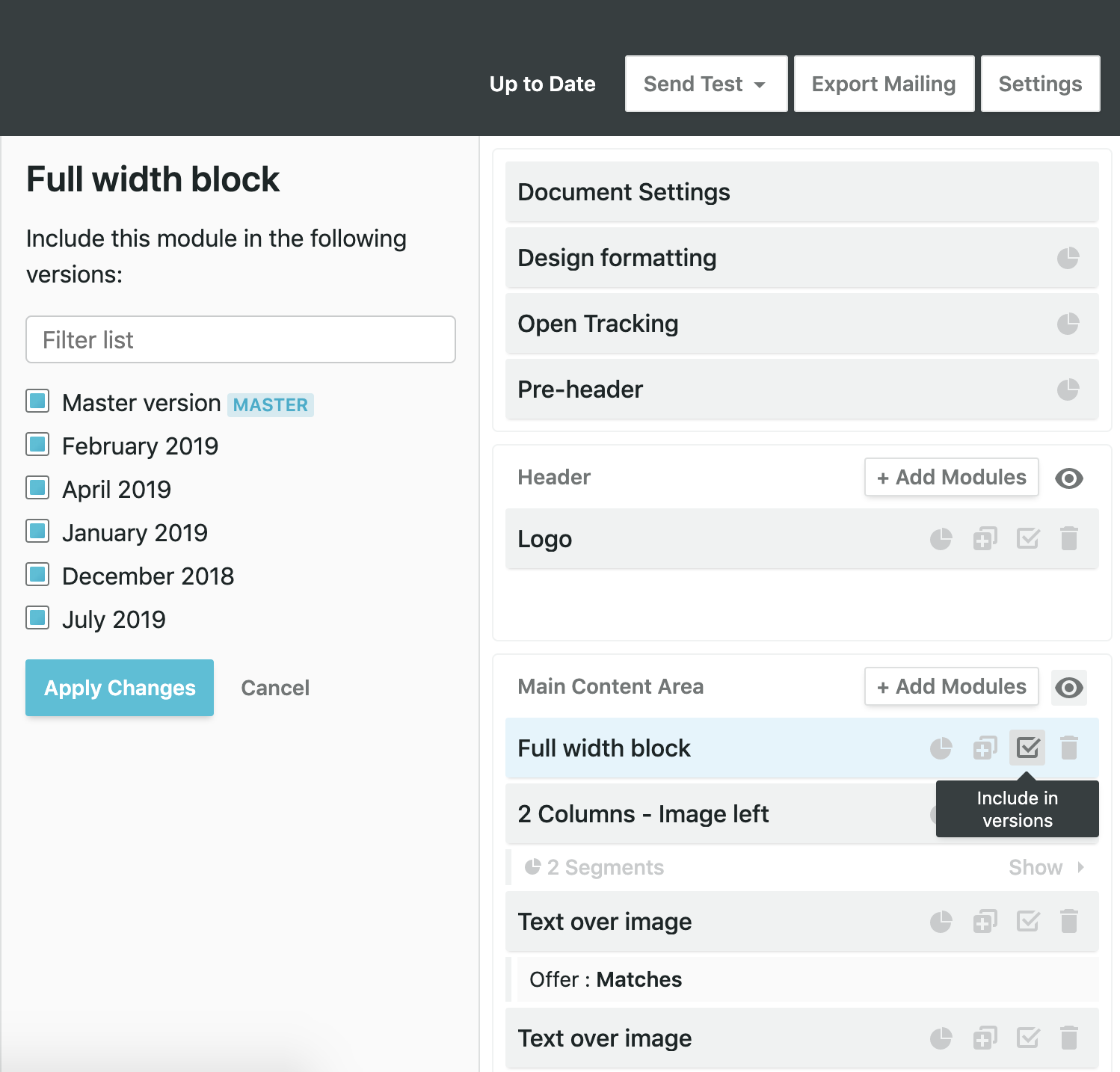 Once you head into these versions, you can then change the content according to what the version needs, for example, content for a specific locale.

You should avoid deleting modules from the Parent version, rather hide them from the versions you don't want them to appear in.

Did this answer your question?